"Its one garment with infinite possibilities". [...]

By Ross Pollard – Emerging Designers Editor While I may be billed as the “emerging” designers editor, there are times when I get to go and see some of the [...]

His trademark sculptural knits brought with them a powerful statement built in the textured fibres. [...]

We've often talked about sustainability and recycling here at Millionair, and we've also talked about how the public are part of fashion, it isn't a bubble, so when the two meet we get interested, very interested. [...]

For those of us of a certain vintage, we grew up in different times, different social patterns and different accessibility to the joy of sexuality. The illicit thrill of [...]

As 2019 comes to an end, I am reflecting on what stood out–and what is on its way for the new year and beyond.Sustainability is the main word for me and on everyone’s [...]

I always like to do things a little differently, so I thought today we’d look at the womenswear from the unisex collection presented by Korean label Munn at London [...]

By Ross Pollard – Emerging Designers Editor Bright, bold and eye catching, the collection South Korean designer Seung Gun has created for Spring Summer 2020 is one that [...]

By Ross Pollard – Emerging Fashion Editor It’s only a couple of weeks until London Fashion Week Mens and I caught up with 1×1 Studio the London based [...]

By Ross Pollard – Emerging Fashion Editor Sometimes it’s a fashion show, sometimes a designer gives you a real show, and so it was that Malan Breton arrived at [...]

By Ross Pollard – Emerging Labels Editor Chinese label Loom Loop do something very special, they take fabric from Guangzhou in China that has evolved over 1000 years [...]

By Ross Pollard – Emerging Designers Editor Dotted with the influences and techniques gathered from her Richard Malone has created the perfect tribute to his [...]

The Underage ethos is all about experimentation and as the name suggests, youth. The looks for Spring Summer 2020 are in keeping with the playful and different style [...]

Interview by Ross Pollard – Emerging Designers Editor I glanced across the runway, in the centre of a huddle of clicking cameras and excited conversation a star had [...]

Over the last few years I’ve become acquainted with Fu Jen University and their shows at Fashion Scout each September, including visiting the campus and being given a [...]

© Chris Yates Transparency, what does it mean to you? If it means locally produced garments in ethical factories that the label regularly visits which help to support local [...]

Edited by Marcella Martinelli www.milli-on-air.com There’s nothing like the energy of New York City – the iconic landmarks, the perpetual motion, the inimitable spirit [...]

Shopyte SS20 Stylish looks and a great philosophy, sustainable label Shopyte brought both to the London Fashion Week runway. The pared back ethos that is a huge part of the [...]

Edited by Marcella Martinelli www.milli-on-air.com Who is Sabrina Percy? She is a striking looking young woman, an ex model who is an artist and Illustrator focusing on the [...]

#LovedbyLatouche is a celebration of all the creatives that I know; they are people doing great things that deserve to be seen and admired. I have been blessed to live a life [...]

HAVE YOU GOT EURO MILLIONS? THEN THIS MAGNIFICENT MARBELLA MANSION SHOULD BE TOP OF YOUR SHOPPING LIST By MilliOnAir Editor at large Laurie Stone www.milli-on-air.com BRITISH [...]

“I wouldn’t say I’m at the forefront I would say I’m just trying to catch up with what a lot of amazing businesses have been working on for decades in the quickest [...]

www.milli-on-air.com Where has this year gone? I truly cannot believe we are just slipping very quickly into the Autumn season (wooly hat, umbrella and welly boots at the [...]

Elisabeth Hoﬀ releases ‘Drowning in Plastic’, a haunting series of images to highlight the Great British Beach Clean, an annual event organised by The Marine [...]

By Ross Pollard The name might seem familiar but perhaps the story isn’t, we recently got the chance to talk with rising music star Jordan Beckford, about life, his growing [...] 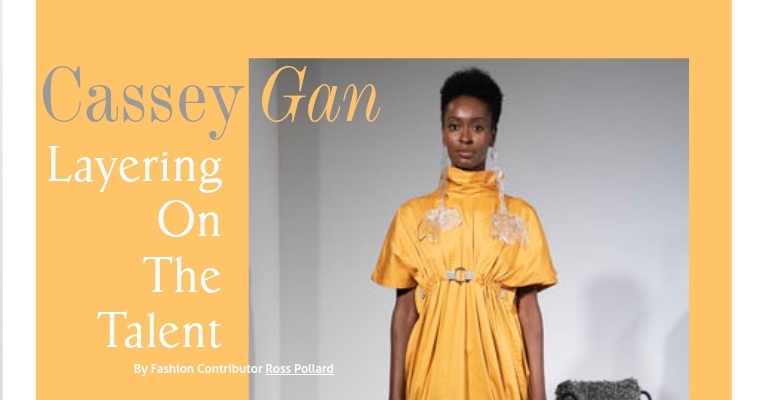 Read July/Aug HERE Cassey Gan, Layering On The Talent by Ross Pollard Autumn/Winter is all about layers, multiple pieces, textures and fabrics brought together to not only [...]

READ JULY AUGUST HERE I am incredibly proud of what the MilliOnAir team has created on the pages that follow, and this issue is one of the highlights of my career as [...]

Tahiti – Welcome to paradise. Descending into the French Polynesian capital, Papeete, we were greeted to the strumming ukuleles and garlands of heavenly scented [...]

This month featuring music artist Jennas Jones Conversations with Elise Quevedo in January 2019 Edition I can never get tired of saying that music is inspiration, music is [...]

POSITIVITY as we head towards the last part of the year, I have to say looking back has been really tough to conjure up at times and the ride has been long especially with [...]